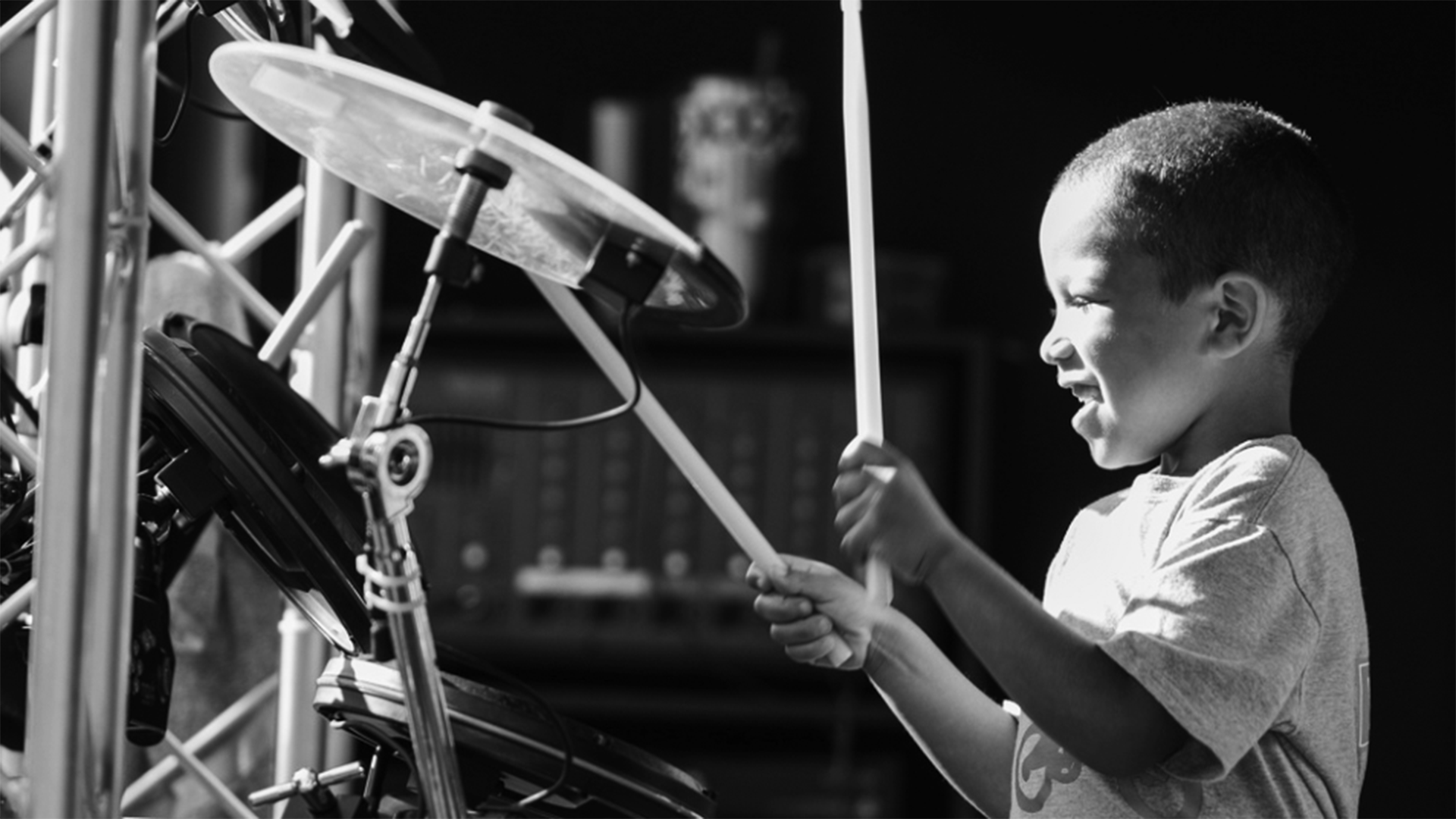 HOW DOES IT WORK?

The stage is outfitted with a sound system connected to an Xbox.  This allows performers to sing or to play any of our instruments, which include guitar, bass, drums, and keyboards.  We have three microphones for harmonizing vocals, and the pitch correction will make your singing sound just like the real rock stars.  We also have the Ion Pro Drum Rocker kit with genuine Visulite cymbals to make the playing experience as realistic as possible.

WHY WOULD A GROWN MAN WASTE THAT KIND OF MONEY ON A GAME???

If you’ve never played Rock Band or Guitar Hero, you might not understand.  RockBandVan founder Charles “Van” Hardenbergh, a criminal traffic defense attorney from Petersburg VA, didn’t “get it” either.  But then his buddy’s kids got the game for Christmas in 2007. They were excited as could be, performing songs and ignoring all the other gifts under the tree. They kept begging the adults to play, and it certainly did look like a lot of fun. It was like karaoke on steroids, a sing-along that also had pseudo instruments that players would strum or drum in synch with the notes on the screen.

He finally gave in. “OK kids, I’ll try it once, but old Van isn’t much of a musician.”

As he picked up the plastic guitar, they explained how he was supposed to hold down the colored buttons while “strumming” a switch in time to the music. It didn’t take long to flunk out. His past frustration trying to learn the guitar came back to haunt him, but the drums looked like they might be easier.

He volunteered to try them for a song, and flunked out again. He had failed, but he was a little better on the drums and decided to give it one last shot. The next song was easier, and he was able to keep up and finish it!!! Victory was sweet, and the kids seemed just as excited to have a new bandmate as he was to “play the drums”.

WHEN DID ROCKBAND VAN BEGIN?

Several months later, Van finally spotted a lone Wii console at the local Wal-Mart (this was back in 2008 when the Wii was in high demand and short supply). He purchased Rock Band as well, and launched a new chapter in his life that has culminated in the mobile stage trailer we have today. We upgraded our equipment with the pro drums and keyboard as well as two backup microphones, and invested in sequels and additional tracks by our favorite bands. We eventually switched from the Wii to the Xbox in order to get the Stage Kit, a great effects package that includes colored LED’s, a strobe light, and even fog. Fog!!!

We found that the game was a lot more fun with the upgraded gear and special effects, and it really started to feel like playing an actual instrument in a rock band. We noticed that people would really get into it, allowing their imagination to be free and “giving themselves permission” to be a rock star. It was great!!! Even better, whenever young people had a chance to join us, they would instantly become the rock heroes they were emulating. They weren’t just singing the words, they *were* Bon Jovi or Justin Bieber or Kelly Clarkson.

Fortunately, it also made for a great bonding experience with moms and dads. Little kids don’t realize that songs by the Rolling Stones are now dated and “uncool”, they only know that it sounds and feels great to play like Mick & Keef! We developed a vision for a trailer fitted with additional lighting, a PA system with stage monitors, additional screens and a mounted projector, and we knew what we wanted to do with it. We had been fortunate enough to be able to give back to the community that has blessed us with so many incredible opportunities.

Help us grow our mission!

Rock Band Van is an independent non-profit which is not associated with or sponsored by Rock Band, Harmonix, Guitar Hero, Activision, associated rights owners, or any of the artists appearing in the games.

Help us grow our mission!